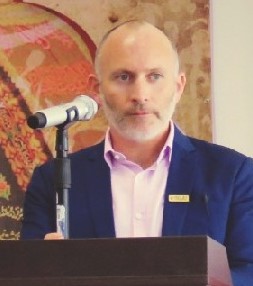 ‘Half-hearted’: Australia slow in its response to crisis in Myanmar

In recent weeks the Australian government has faced much criticism over its response to the illegal military coup in Myanmar. Indeed, it took more than a month to formally suspend defence ties.

While Australia has since 2018 imposed sanctions on a limited number of individuals linked to the Myanmar military, army chief Senior General Min Aung Hlaing is not on this list and to date no concrete measures have been taken to expand sanctions against the junta.

By way of comparison, within a little over a week of the coup neighbouring New Zealand had suspended all high-level contact with Myanmar and imposed a travel ban on its military leaders, while other Western nations, including the EU, the US and the UK, have been more vocal than Australia on the Myanmar crisis and imposed additional sanctions targeting the military’s economic interests.

Given this, it seems fair to categorise Australia’s response to the crisis in Myanmar as sluggish, half-hearted and ineffective. And Foreign Minister Marise Payne’s recent assertion that there is “no clear path” for nations in the region to address the crisis in Myanmar hints at a worrying degree of resignation within Australia on the issue.

In fact, with the situation in Myanmar now spiralling out of control and a full-scale civil war and major humanitarian crisis on the horizon, Australia must act now to support the people of Myanmar. Despite the Foreign Minister’s reticence, it is clear that Australia has a range of multilateral and unilateral tools and measures at their disposal to do so.

In terms of multilateral action, the most meaningful step Australia can take is to lobby other members of the United Nations General Assembly to call an emergency special session of the assembly under the “Uniting for Peace” resolution. This enables members to circumvent vetoes of UN Security Council members and recommend a range of measures, including armed intervention.

An emergency special session will provide Australia and other member states with a platform to push for meaningful actions against the junta in Myanmar, which should include a global arms embargo on the Myanmar military; targeted sanctions against military business interests and associates; referral of the situation to the International Criminal Court and, eventually, the deployment of UN peacekeeping forces to protect the civilian population.

On the domestic front, the Australian government also has a range of options to put pressure on the junta. First and foremost, the government must expand sanctions on the Myanmar military and its business interests. This basic measure has already been taken by most of Australia’s allies.

Second, the Australian government can take action against the family members and business associates of members of the Myanmar military who reside in Australia. A number of people with close links to the junta have already been identified by members of the Australian-Burmese community. The government must consider revoking their visas and work rights and, where appropriate, freezing assets they hold in Australia.

Finally, the Australian government can make a major difference by engaging directly with the pro-democracy movement in Myanmar – represented by the democratically elected members of the Committee Representing Pyidaungsu Hluttaw (CRPH) and the non-violent Civil Disobedience Movement (CDM).

Australia should establish a direct line of communication with the CRPH, with a view to eventually recognising a civilian government. Such a move would provide a major boost in terms of international credibility to the pro-democracy movement and would most likely spur other states to follow suit.

Australia should also reach out to the CDM. With the junta cracking down on local and international organisations that would normally be in a position to provide humanitarian support, the CDM – recently nominated for the 2021 Nobel peace prize – is stepping in to fill this gap, providing medical care to those injured by the security forces and coordinating donations of food and cash to civilians who have been affected by both the coup and the COVID-19 crisis.

As the humanitarian situation deteriorates, Australia must look at all options in terms of getting humanitarian assistance into the country. Working with the CDM is one way of doing this, but no doubt there are many others.

With more than 100 civilians killed by the military on March 27 alone, and a total death toll of more than 500 civilians, time is running out. The government must not wait for the outcome of the parliamentary inquiry next month, but must instead move quickly to stop the violence being wrought by the military in Myanmar.

Shane Brady is a co-founder of the Democracy for Burma advocacy group.